Lubiewo is a superbly written and unconventional gay novel that can be read in a number of ways. It is the book’s informative character, however, that will be most important to the majority of readers. Michał Witkowski exposes a world that has never before been portrayed: the gay underground. Departing radically from both political correctness and the aesthetic sublimation so characteristic of homoerotic Polish writing in the twentieth century, he allows the homosexually desiring Other to remain the Other — without embellishing or glorifying their world. This is what makes Lubiewo so vulgar and provocative. 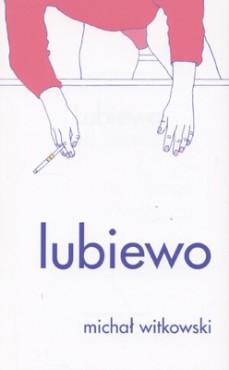 Lubiewo, Michał Witkowski
Korporacja ha!art Publishing House
Kraków 2005
291 pages paperback
Translation rights: W.A.B. The book need not be read as a scandalous documentary article, however. Its artistic values allow one to read it as an appealing contemporary novel — playful and bawdy, witty and rife with brilliant observations (and not just on more indecorous matters).

As far as the plot is concerned, the first part of the novel portrays the protagonist and omniscient narrator as they listen to two older gay men in Wrocław bragging about their amorous conquests. In the second part, which takes place on a beach in the Baltic town of Lubiewo, a number of emancipated gay men encounter and confront a group of those whose masochistic love life continues to take place in the squalor of public toilets. Witkowski presents on the one hand middle-class gay men, supporters of gay marriage and activists for gay rights, and on the other gays who resist copying the norms claimed by the heterosexual majority. The opposition between these groups generates the tension that is the driving force of this brilliant first novel.

Lubiewo is available in English under the title Lovetown, translated by William Martin, Portobello Books, London.