MONIKA ROKICKA: I wanted to start by asking about your latest ECM project, the Avenging Angel. Could you tell me something about it? What is the idea behind it?

CRAIG TABORN: Well, I’ve been doing the solo piano album and I’ve been doing improvised solo piano performances for about the last ten years, mostly in New York — just one, two, maybe three a year — and really in the tradition of pure improvisation, simply sitting down and deciding of what you’re going to play as you play it. That’s been developing over ten years and became a kind of a focused practice of composing at the moment. However, there are different ways to approach it and some can be more exploring, like taking a long time to explore ideas. During these solo performances I started focusing more on making concise, small pieces that really focused on the essential, on specific ideas, from melodic, harmonic or other points of view. I tried to find the way to realise them as really focused pieces, as opposed to exploring them more; I wanted to find a package for them. So this recording is a document of the process of developing the solo performances from the last years. It was finally at the point when I thought it was good to document it and, at the same time, Manfred Eicher from ECM asked me, “Do you want to do a solo recording?”, and my answer was, “Yes!”. The process of recording was more like me sitting down and playing, and him saying, “Yes, that’s good. Carry on.” I played 34 pieces, of which 13 are on the album. There are even pieces that I don’t remember playing. But it was a pretty good day and things were just working out… 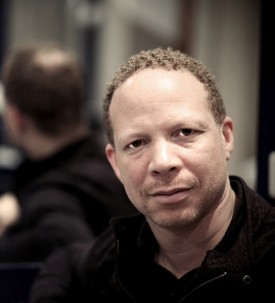 Craig Taborn, photo: M. Rokicka In this project, you concentrate on the sonic qualities, which isn’t easy. You explore more of the structure of the piano itself.

Yes, I think I always do, to a certain extent. I think it’s just the way I hear the music in general, the way I’m playing the piano. I mean, it’s hard for me to play the notes without paying attention to sound. It’s just my nature maybe, but it might also come from the fact that I do a lot of electronic music and recording, where I’m paying attention to the architecture of sound. So I bring that back to the piano because these are the ways of getting in the sound pianistically. Of course, it has been explored in the history of piano literature, but I really want to make a point of it. Or, I use it to derive ideas from, as far as notes and chords and other things which are part of sound are concerned. That’s the way I view it. Harmony, melody, and rhythm all exist inside the world of sound. I just use the broader idea of sound to draw primary compositional information, so I may be paying as much attention to the timbre as I do to melody.

So you don’t really give preference to any of the qualities, like harmony, melody, etc.

Craig Taborn is an American pianist, keyboard player, and composer. Being professionally active since the 1990s, he has cooperated with many musicians within jazz, but also dark ambient and techno music. His involvement on a number of ECM releases at the close of the decade caught the ear of Manfred Eicher and Taborn was signed to ECM records. His first album of solo piano, Avenging Angel, was released in 2011. At the 9th edition of the Jazz Autumn Festival in Bielsko-Biała, Craig Taborn gave three performances, including the final concert with Tomasz Stańko. The performance was indicative of Stańko’s concept of introducing new sounds into his own music by performing with new sections and new bands.

I guess for me all of the elements of sound are equal. Harmony and melody are as important as sound. They are inextricable from the sound, so they are equal. And I’m considering all of them that way. But that may mean that for a certain piece I may be focusing more on something else, like I may be focusing more on melody and may be more interested in getting out a certain sound. And then the melody is suggested by the consequence of those sounds. Or not. Sometimes it’s just the melody…

You also mention improvisation and the fact that your composing is based on it.

The distinction between improvisation and composition is mainly the one between the process and realisation. I’m mainly an improviser. I do a lot of compositional things, but my primary mode of creation is through improvisation. Even when I’m composing, usually it’s by way of some improvisation that becomes fixed in a way and then develops through some process. But the aspect of how I would compose, sitting down and taking time to work something up, is very much a part of how I’m improvising. In the solo piano project, I’m doing a lot of that work in real time. Sometimes, like on the solo album, it’s pretty rigorous. The simplicity of it lies in the fact that it’s the only thing I can do. (laughs) There are some specific compositional, developmental things going on sometimes, if you sit down and listen to it, but sometimes there are not — sometimes I’d go the other way round. Yet, improvisation is probably the driving force of my music making.

OK, but even so, don’t you think that your music might be a bit difficult to understand, especially to the average listener? Do you ever consider the so-called commercial aspects when doing music?

Well, it depends on a lot of factors, including what you’re listening to, because there are a lot of things going on. There are a lot of avenues that have developed in my music that might be familiar sonically to someone who likes electronic music, who even listens to techno… When I play a concert, some people are picking up on that and then that’s becoming a tool, well, maybe not for piano solo… I think that electronic people would not even process it that way. So, I don’t know. Everything might be difficult for somebody. It’s really a matter of how you’re listening and experiencing rather than just treating it as a sort of easy or difficult music. Yes, there are a lot of elements in it, and that may be difficult, for instance, to people who listen to normal piano, or electronic music. But they might get a certain kind of information from it that might make it more accessible for them. I heard “electronic” people saying, “Oh, I like that because it sounds almost like electronic music in a way”. So it depends. 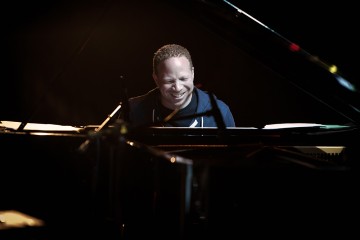 Yes, but that makes your music even more difficult to classify.

I hope so. I’m not so into classification.

Sure, but whether you agree with it or not, you are put into this broad pigeonhole of jazz music and placed in the context of ECM.

Yeah, I guess. But from ECM I listen to a lot of New Series recordings, so I might align more with contemporary concept of music. Even though my music is improvised, it’s sonically in line with contemporary kinds of things, those kinds of composers. I think that a lot of my ECM listening, irrespective of jazz, is based on the New Series.

You’ve also taken up a project with Tomasz Stańko. What should we be expecting?

Well, Stańko has been spending a lot of time in New York, because he said that it’s something that he’d always wanted to do and he is interested in a lot of younger musicians in the New York scene. This project is reflective of that interest. He’s been investigating a lot of musicians and seeing how that can influence his music and how his music can inspire them. And it’s really that encounter with a certain kind of energy and certain kind of perspective that’s really prevalent in New York right now. I’m not so fond of the New York-centric kick, but there is a certain kind of young energy in jazz that’s really creative and really enthusiastic. And it’s really from people from everywhere. Nobody is from New York; there are musicians from Europe, from other places in the States, from South America. Everybody there is coming from somewhere else. It’s one scene. But there are many scenes like that now. Yet the New York scene has got a certain cool thing. And I think that he is tapping into that, he is finding something interesting in it. The new project is really related to him engaging with the New York scene.

And what about your plans?

In December I’m coming back to Europe and doing a solo tour. I’m not coming to Poland, unfortunately. Maybe I will some time. With another group, Michael Formanek’s group, we’re going back into the studio in December to do a recording. The plan is also to record my trio for ECM some time in spring, hopefully. There are lots of things coming up.