What do you mean “forget” (Zapomnij)? The latest album by Ballady i Romanse should be titled Remember! The widely-discussed sophomore release by the sisters Barbara and Zuzanna Wrońska is a skillful combination of old and new. Setting aside the two poems by Czesław Miłosz (whose work is going to be recited, sung, and performed in endless forms throughout this government-mandated anniversary year), Zuzanna’s lyrics evoke a certain longing for the classic Polish genre of songwriting. 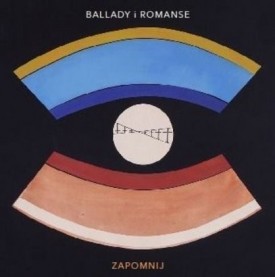 Ballady i Romanse, Zapomnij, 1 CD,
Chaos Management Group 2011The kinds of songs that had more in common with poetry, but not in an intentional, pretentious, and thespian manner; they were light, off-hand, and natural. Like in “Kaczeńce” and “Plony”, which hold their own against Miłosz’s lyrics. The vocals and melodies in the accompanying music come across as somewhat old-fashioned and naïve, while the instrumentation makes excellent use of electronic elements and new wave sounds, making for a highly successful combination.

The scenery of these songs is consistently local (the excellent “Oddechy” describes the aftermath of an argument with Warsaw in the background), the choice of words is pleasantly quaint (“Człowiek”), and the issues the sisters point out (“Ozimina”) are undoubtedly Polish, although they do sound a bit archaic. The images of Polish fields (nature descriptions in pop lyrics!) seem so antiquated that they might, paradoxically enough, be presaging the birth of a new trend.

The album artwork, featuring the Wrońska sisters posing in an unsophisticated and crumbling socialist-era bathroom (an apparent mockery of slick pop star photo shoots), immediately reminded me of other recently released records. The Grochów reggae bard Pablopavo, for instance, on his new album Oddajcie kino Moskwa, paints a picture of Warsaw that is unlike anything born of the hip-hop generation and the new indie scene. Associations with Stanisław Grzesiuk aren’t far off the mark, but Pablopavo is the 2.0 version, if you will. 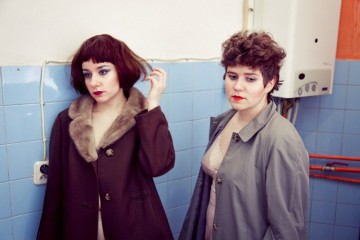 An earlier debut by the band Nerwowe Wakacje references British beat music and the Polish “boy scout” rock of the late 80s, with deftly written lyrics and cover art that features a series of faded vacation postcards from decades past. The second album of another artist, the duo Niwea, is heavily inspired by the linguistic gymnastics of poet Miron Białoszewski, and stays close to the domains of reality and literature. All of these records mark a step backward that, in essence, is a step forward — art that casts off any vestiges of national inferiority complexes.

I’m not exactly a fan of Ballady i Romanse, as the girls’ singing style hasn’t grown on me, but what impressed me about Zapomnij is the pair’s new musical concept (the previous one having provoked immediate associations with the American group CocoRosie), the perfect balance between composition and lyrics, and their mature attention to detail on this very consistent and well-developed record. (Once more setting aside Miłosz, whom we’re likely to hear in numerous, less impressive performances this year, but without whom this album would have been just fine.) 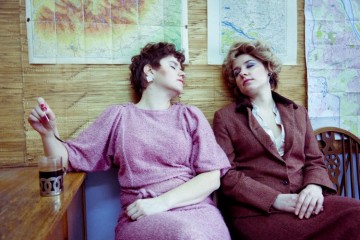 What we experienced in music was two independent decades occurring in parallel: one ‘local’ and the other ‘international’, just as the musical repertoire was often categorized as local and international