MARTA NADZIEJA: When did you record the tracks for your new album, Faithful?

MARCIN WASILEWSKI: 14 and 15 August 2010, in Lugano. The record came out relatively quickly for an ECM production, which can sometimes lie on the shelves for a year, due to the record company’s publishing policy. For us, going into the studio is actually the final step in the long process of creating an album. It lets us confront what we’ve been performing and testing out at live shows. So we treat our limited studio time like a holiday, a time where everything we do is about the music. It’s a physically grueling effort, but the “pain” goes away, leaving the music [laughs]. Manfred Eicher is always there to work with us. He’s a highly experienced producer; he’s very concrete and he knows what he wants to achieve from start to finish. Eicher must have a lot of experience with different musicians, but from our point of view, working with him has been electrifying and creative from the very start.

Why did you decide to change your name from Simple Acoustic Trio to Marcin Wasilewski Trio? 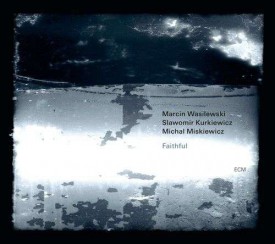 Marcin Wasilewski Trio, Faithful.
Marcin Wasilewski (piano),
Sławomir Kurkiewicz (string bass),
Michał Miśkiewicz (drums), 1 CD, ECM 2011.The producer suggested it as a formality that would make us easier to remember. On the other hand, it was quite a dilemma for me and I was worried about how it would affect my relationship with the guys. We play together, and we all play a creative role in the music that we make. Nevertheless, in a trio, the piano is the leading instrument, and I did most of the composing, which made me the leader. So the name change was completely natural.

Faithful mostly consists of my own compositions, but there are other tracks, such as the title piece, which was written by Ornette Coleman, as well as one song by Paul Bley.

Have you found what you’ve been looking for in music?

No. I think the day I find “it” should be my last day making music [laughs]. What never ceases to amaze me in music is the aspect of searching and the element of surprise. What makes jazz so amazing is improvisation, which involves a certain risk, a bit of uncertainty. If you’re looking for security in jazz, you should probably look elsewhere. 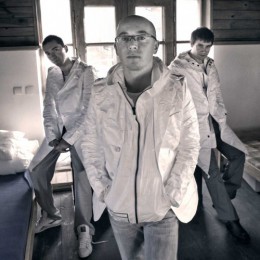 Do you ever listen to your previous recordings?

I’m not very keen on it, because dissatisfaction is part of my artistic path. For example, when I now listen to January, I find certain things that I would have played completely differently. What I do with the Trio is different from what I did with Manu Katché. On our two joint albums, the piano plays an important role, which is why I have such fond memories of working together — and because I had an opportunity to work with Jan Garbarek. We touched upon a completely new kind of music, something simpler and yet subtle and fascinating, a kind of music that never gets boring, despite its seemingly simple form. That’s probably why Neighbourhood and Playground were so well received.

There were a lot of amazing coincidences in the early stages of the group, as well as some simple good luck.

Initially, as Simple Acustic Trio, they were most known as an instrumental support to Tomasz Stańko. They started performing together in 1993. In 2001 they recorded the album Soul of Things. Critics were unanimous in finding it a masterpiece. The paradox was at first cooperation with the Polish trumpeter was a chance for Wasilewski to find recognition on the international level, yet as the trio grew they found it uncomfortable to be labeled “those young and talented that play with Stańko”.

Every young musician dreams of working with Tomasz Stańko. It started when Stańko was looking for musicians to perform a concert in Przemyśl. The first person he called was Henryk Miśkiewicz, Michał’s father, with whom he had been playing at Jazz Jamboree. Then he asked if Michał knew any bass players, and Michał told him about Sławek Kurkiewicz. Our first performance took place on March 8, 1994, in Łódź. We were very happy with the concert, which turned out to be the start of almost twenty years of making music together. But it wasn’t until a few years had passed that we finally decided to record an album. Tomasz had already recorded with Scandinavian artists. Manfred Eicher was the one who proposed that Stańko record an album with us. It started with Soul of Things…

Have you thought about recording a solo album?

Right, let’s make it Chopin while we’re at it. (after a long pause) I have a few ideas, but I’ve been a bit skeptical about, because I’ve always been most comfortable in a trio. We’ll see how it works out. I have a few solo performances coming up in August.

Would you play Chopin?

There was one project where I played Prelude in E minor with Arild Andersen. I’m rather wary about combining jazz and classical music, and I’m not convinced that “Chopin was a natural born jazz musician”. Perhaps he could have been. Composition is often the result of well thought out improvisation. There was no way of recording music hundreds of years ago, which is why Bach and Chopin had to become masters in improvisation. Chopin doesn’t sound too convincing in jazz arrangements — I usually find it funny and corny. I’d rather listen to Chopin in the original version.

I recently found out that one of our friends managed to get her husband fascinated with our music, even though he’s a total purist when it comes to music and listens to nothing but classical. It’s very encouraging to hear that jazz is reaching such a wide audience. 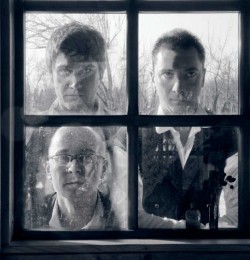 What do you listen to now?

I follow the jazz scene with moderate interest. I believe that our musical tastes are mostly shaped by what we listen to when we first discover music, and those early fascinations play a decisive role in our sensibility. The beginning is what is most fascinating — it’s when we consume music almost euphorically, greedily, trying to listen to as many things as possible. In my case, those were records by Coltrane, Davis, and Keith Jarret. One of my favorites is Personal Mountains. That hunger starts to subside after a while, which is why I don’t listen to as much music as I used to, and why I choose my records thoughtfully and consciously. One thing is that too many of them are being made, and the other is that I’ve begun to appreciate silence. The music that shaped my sensibility is still in me.

Suicide cannot be unceremonious. But on the other hand, every good drama is an elegy

It is the centenary of Czesław Miłosz’s birth, and I am trying to understand the origin of my attachment to this poet

What makes jazz so amazing is improvisation, a bit of uncertainty. If you’re looking for security in jazz, you should probably look elsewhere