Stanisław Brzozowski’s notion of culture – and the related idea of the “socially engaged intellectual” – takes the materialism of Marx’s historical materialism head on. Culture is not a simple product, he argued, either in or of itself or a simple reflection of what the baser Marxists would call, well, the economic base. Brzozowski, writing at the turn of the 19th and 20th centuries, predates the neo-Marxisms of Antonio Gramsci, some of the ideas of Walter Benjamin, later the Frankfurt School and a variety of subsequent thinkers on the European left. Culture as labour, labour as culture: all very (pre-) post-modern. Unlike most Marxists of his day, Brzozowski related literature and the arts to ethics, the problem of aesthetic form linked, he argued, with moral judgment. “Our art always constitutes our judgment on life, a verdict of condemnation or of elevated rapture,” he writes in Współczesna krytyka literacka w Polsce (Modern literary criticism in Poland).

KP is an association, a publishing house, culture centres spread in Poland, or a circle of Polish left-wing intellectuals gathered around a journal of the same title founded by Sławomir Sierakowski in 2002.

It is not hard to see why Brzozowski was not heralded by the Polish communist authorities, or for some time by the Polish intelligentsia (publicly at least). He condemned what he saw as the romantic shortcomings of Polish writers such as Stefan Żeromski and Stanisław Wyspiański.

“He fought fiercely against [Henryk] Sienkiewicz’s vision of Polish history and identity: simplified as Sarmatian and conservative, and – on the other hand – against Młoda Polska’s (Young Poland) demand that the artist was autonomous/sovereign, his consciousness free from any involvement with the real world,” says Krytyka Polityczna’s Michał Sutowski.

It is also not hard to see why Leszek Kołakowski chose Brzozowski for a chapter in his book Main Currents of Marxism, a sardonic sidenote to a history of Marxism that appeared to have very little Polish input. But above all, one can see why Brzozowski is Krytyka Polityczna’s favourite philosopher. Humanistic, eclectic, active – “against all determinisms,” as Sutowski puts it – engaged and very Polish. Krytyka Polityczna sees itself in the tradition of Brzozowski, Sutowski says, as well as Krzywicki, Nałkowski and Kelles-Krauz, and various inter-war socialist and liberal writers (Strug, Żeromski, Boy-Żeleński, Stawar, Próchnik and Ciołkosz) and the anti-communist leftist opposition (Kuroń, Modzelewski, Michnik, Lipski, Strzelecki).

Krytyka Polityczna’s aim is to revive the flagging traditions of the engaged Polish intelligentsia, its activities focused on three main fields: social science, culture and politics. “The social sciences, the arts and politics differ only in their means of expression, whereas what they have in common is the impact they have on social reality,” founder Slawomir Sierakowski says. 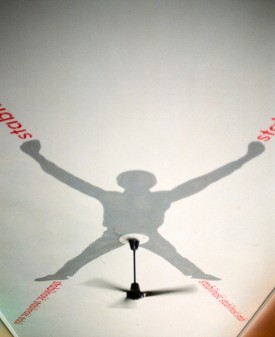 Ceiling mural by Twożywo group
in Nowy Wspaniały Świat,
photo Agnieszka SłodownikKrytyka Polityczna set up REDakcja – a venue for expositions, debates, lectures, moving in 2009 to Nowy Wspaniały Świat (Brave New World), an arts centre and café in the middle of Warsaw. “Our publishing wing is the website and one-off papers, like Kurier Kultura,” says Sutowski. “It is a centre for the exchange of ideas, debate, training sessions, workshops, art expositions and presentation of social and political projects,” he says.

Krytyka Polityczna started off in 2002 as a small group of friends and mainly academic colleagues around the charismatic Sławomir Sierakowski in Warsaw. “Our main aim is to combat economic and cultural exclusion,” Sierakowski writes. “With this in mind, we publish a journal and a range of books organised in specific series, organise discussions, seminars and workshops, we support literature, theatre and the visual arts and we run an online publication and engage in public debate.” Krytyka Polityczna has branches now in many Polish towns and cities, an attempt to spread its grass-roots appeal and message, initiate contact and dialogue at the local level, bring ‘ordinary’ people into contact with culture. 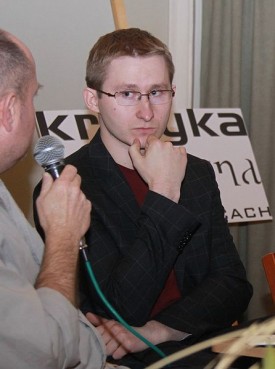 The Brave New World Cultural Centre was set up in 2009 in the centre of Warsaw to provide conference and seminar space, exhibition space, Krytyka Polityczna’s editorial office, the biggest club/cafe in Warsaw. The centre has around 10,000 visitors a week.

Krytyka Polityczna is a curious Polish creature, an attempt to thread a leftist discourse back into the national conversation, one not tainted by 45 years of “Actually Existing Socialism”. But leftist discourse that places culture at the centre of the productive process, a product of human labour and creativity. This is looking back at the “Young Marx”, a reinterpretation of Marx’s works beloved of many 1960s leftists, rather than the “Scientific Marxism” of many earlier Marxists, the Soviet Union and various of its apologists in the West. Brzozowski was a fierce critic of Engels, for example, accusing him of “vulgar determinism”, leading Marxism towards “naive and reductionist ‘economic necessity’”. For Brzozowski, there was no distinction between work and play. All action, he argued, all activity, is culture, whether it be making cars or describing cars in poems.

For many on the Old Left this is a retreat into theory, sterile old theory, the antithesis of praxis – action - doing, not just describing the world, as Marx is so often cited as saying, but changing it. “Culture as defeatism”, a play ground for defunct ideas, for intellectuals and those for whom ‘real politics’ is something best avoided, “the workers” left to their own devices. In these terms, it is also seen as the end of “Big Idea”, the notion that all can explained and all changed. It is not far wide of the mark in many ways. After 20 years of neo-capitalist reassertion - and not only in Poland - the ideas of the left look ragged, the state an out-dated mode of getting things done, of ‘doing politics.’ The market and political democracy complement and drive each other in a virtuous dialectic of progress, with an almost teleological drive towards perfection, destination “freedom”.

To understand Krytyka Polityczna, therefore, one needs to understand not only something about the shape Polish capitalism has taken since 1989, but also the ideas of Brzozowski. 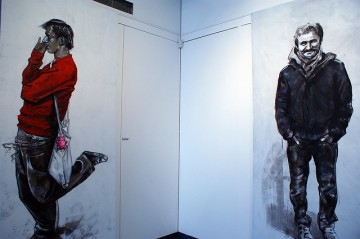 Polish post-communist capitalism, Krytyka Polityczna asserts, is premised on a certain conception of the role that is and should be played by civil society and the state. In the absence of private capital of any real magnitude and the lack of any concerted initiatives from below, other than those driven by the Solidarity movement that fragmented in the 1990s, the Polish transition to capitalism tended in the first stage to be driven “from above”, a mix of foreign capital and know-how and Poles and Polish companies playing catch-up. The result was – perhaps still is – a loss of direction, a failure to build on the creative ‘bottom up’ mass movement that was the Solidarity opposition in the 1980s. “Culture”, like everything else in the brave new world, would have to make its own way in the market place, its central funding frozen or cut, its status undermined. Krytyka Polityczna, much like the mass movement Obywatele Kultury (Citizens for culture), embraces the need for a new dialectic of public - private activity, a new model that incorporates some of the new commercial realities, but plays on the collective sense that cultural expression should be embedded in the traditions of the Polish intelligentsia and the collective mentality that produced the Solidarity anti-communist opposition in the first place.

Brzozowski is important here because his views provide some intellectual ballast, in particular his philosophy of culture, the main point of reference for all forms of human activity – an idea before its time. Krytyka Polityczna believes these ideas are as relevant today as when he arrived at them over 100 years ago. His “philosophy of action”, later followed by his better known “philosophy of labour”, emphasise the role of human activity in creating and re-creating reality, rejecting the reification and alienation of human acts: culture as physical effort, something that reshapes reality in accordance with human will, his initial philosophical inspiration being Nietzsche’s notion of historical sense. It is a call for a rethink of the ways in which people act collectively, how they express themselves, both in work and in culture, bridging what he believed to be the artificial distinctions between the two. 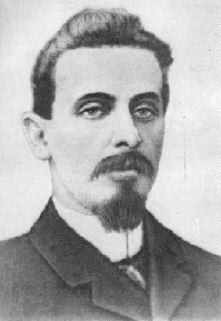 Stanisław Brzozowski,
Wikimedia CommonsBrzozowski argued that all knowledge is dependent on human practice, that there is no pure or ahistorical knowledge, that nature is constructed by man (nature, he argued, is “ontological chaos”) and that nothing is independent of man. In opposition to the natural deterministic interpretations of Marx, Brzozowski argued objective laws are only illusions of consciousness, what Lukacs later termed the “reification of consciousness”. Consciousness and life are related to each other as part and whole, Brzozowski believed, as the relation between what is derived and what is its source. Everything that is a part of consciousness is conditioned by life, his take on the “hermeneutical circle”. Life itself, he argued, has no strictly determined meaning, it is something that cannot be grasped and closed in any scientific notion, because life itself is exactly what determines everything else and is always simultaneously determined... by everything else.

After Kant, Brzozowski argued that humans have the power to organise their experience not as a set of a priori forms, not as a product of transcendental rationality, but as a practical power, a capability to transform the world according to their own aims. The real meaning of the Marxist notion of praxis, he argued, therefore, cannot be grasped by sociological descriptions of social norms, but must be understood via philosophy - thinking as historical praxis. Brzozowski treated Marxism as a kind of praxis that sees history as part of itself, Marxism not as a theory of social history but as the practice of subjective understanding of history and a subjective history of praxis.

So, is Brzozowski relevant for today’s Poland, as Krytyka Polityczna suggests? In many ways and in many areas of public life the answer is probably yes. The call for a more collaborative, expressive and coherent ‘Poland’ is probably very apt. The space for a left-wing critique of capitalism should always be welcomed. Poland is a place where culture and politics are both taken seriously, after all. Culture is as important to the nation’s sense of itself as Ford is to Americans’ sense of being American. As to the [party] politics of Krytyka Polityczna, that is perhaps a different matter, however. The hard, dreary routines of bartering, rallying and persuading, sometimes bullying is not something Krytyka Polityczna seems particularly interested in. All well and good. What it has to say on pension reform, for example, or privatisation of the railways, is interesting, like most of its works, but without any obvious party political instruments Krytyka Polityczna is simply just another call for a new way of thinking, of seeing, and of talking. That is fine as far as it goes, but will Krytyka Polityczna remain the domain of intellectuals, “socially engaged” ones or not? Praxis often easily remains largely theoretical, however much one tries to “de-theorise” theory.