“Ethnic affiliation resembles AIDS to a certain degree: the less you talk about it, the greater the havoc it wreaks.”

War is brought about by intelligence and stupidity. Genocide is the product of warped intelligence. When I speak about that era, I cannot help but be overwhelmed by one thing: the savageness of those massacres. If they had to kill, then they had to kill, but why did they have to chop off arms and legs?” 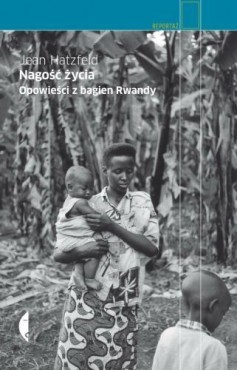 Jean Hatzfeld, Life Laid Bare:
The Survivors of Rwanda Speak,
Czarne Publishing HouseFor more than two months, the weekly Tygodnik Powszechny has witnessed a heated and emotional debate on the latest book by Wojciech Tochman, Today We’re Going to Draw Death.  The paper ran a talk between Tochman and Fr. Boniecki about the Polish Pallottine mission and their behaviour during the 1994 massacre of the Tutsi, and later published a “controversial” interview by Marcin Żyła with psychotraumatologist Małgorzata Wosińska on the ethics of being both a researcher and a journalist. Next came rebuttals defending the author (by Mariusz Szczygieł and Magdalena Grochowska). And, finally, an opinion piece by a Pallottine priest, Jerzy Limanówka (of the Salvatti.pl Pallottine Mission Foundation), warning readers about Tochman’s narrative of the events, which purportedly “serves to further the policies of the currently government in Kigali.”

For the first time in years, the topic of the Rwandan Genocide became an important issue of public debate. Sadly, the sole reason for the “media storm” surrounding the topic was what many described as Tochman’s “acerbic” denigration of the Catholic Church. The author of Today We’re Going to Draw Death attempted to make sense of the behaviour demonstrated by Polish clergymen during the 1994 massacres, while questioning the Church’s reaction to the genocide as an institution (some Catholic priests who took part in the massacres continue to serve the Church). Shifting the axis of the discussion towards the issue of guilt or innocence of Catholic priests is a typical act of subterfuge intended to absolve the participants of the debate of the need to ponder the actual issue of the Rwandan Genocide. Furthermore, stubborn claims that the Polish Pallottine priests were largely victims of those “hundred days” in 1994 are an example of the discourse of suffering and victimhood that is so typical of the Polish cult of martyrdom and memory. As Marian Pankowski wrote in Była Żydówka, nie ma Żydówki (There was a Jew, Now There is no Jew):

We, European inhabitants of the Land of Nowhere,
are jealous of your precedence in the history of the suffering of nations,
and thus we cannot comprehend
the enormity of injustice inflicted upon Jews.

In the aforementioned letter, Fr. Limanówka writes: “It is crucial that we do not let ourselves become ‘morally incapacitated’”, a direct reference to an article run by the daily Rzeczpospolita, in which Dariusz Rosiak interprets the films Hotel Rwanda and Shooting Dogs along with books by such authors as Hatzfeld and Gourevitch, as examples of moral incapacitation that cast a shroud of silence over victims other than the Tutsi. By ascribing Hatzfeld’s books to the trend of “Tutsi martyrdom”, both men commit a cardinal error, one that proves yet again how discriminatory and selective the Polish reception of the Rwandan Genocide and its aftermath truly is.

Jean Hatzfeld, whose book The Strategy of the Antelopes won the Ryszard Kapuściński award for its first Polish edition, spread his story of the Rwandan Genocide over three books. The first, titled Life Laid Bare: The Survivors of Rwanda Speak, recently published in Polish translation, presents the stories of victims — largely Tutsi — who survived the massacres and the subsequent stays at border camps before finally returning to their home country. The second book, titled Machete Season (the Polish edition is scheduled for release in October 2011) deals mainly with the accounts and points of view of the perpetrators of the murders — mainly Hutu — as well as their relatives and neighbours. In The Strategy of Antelopes, the third installment of the series, Hatzfeld returns to observe the relationships between the victims, perpetrators, and witnesses of the massacres, who have since reunited and are striving to form a community. 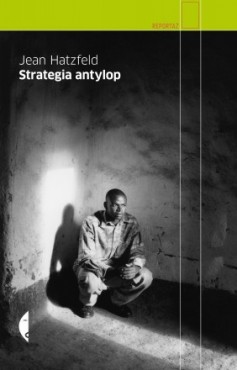 Jean Hatzfeld, The Strategy
of Antelopes,
Czarne Publishing House The witnesses who speak out in each of these books, accounts, give their names and surnames, and the author doesn’t limit the Rwandan Genocide to the one hundred day Hutu massacre of the Tutsi. Through the words of his interviewees, Hatzfeld places the year 1994 in the broader historical context of Rwanda: from 1931, the year in which the government introduced ID cards which specified ethnicity, until 2006, when a commission was formed to investigate France’s role in the genocide and the responsibility of current president Kagame and his cohort for the 6 April, 1994 attack. According to Jean-Baptiste Munyakore (aged 60), genocide has been going on in Rwanda for decades: “One year would be hot, another would be calm. For instance, 1963 was a year when thousands were murdered in retaliation for numerous rebel incursions. 1964 was a calm year, while 1967 was catastrophic in terms of the number of fatalities. That was the year when soldiers threw hundreds of live Tutsi into Urwabaynanga, a muddy lake near the border with Burundi. To this day, evidence of these murders can easily be retrieved from the water.” In The Strategy of Antelopes, Hatzfeld devotes particular attention to the massacres committed by the Rwandan Patriotic Front in Hutu camps after the “hundred days”. The perpetrators, victims, and witness are all treated with the same respect, and their accounts form a memory of the Rwandan tragedy — a memory that is intended to serve as a basis for reconciliation and does not involve the moral incapacitation of anyone.

The title of the trilogy’s first volume, Life Laid Bare, comes from an account by one of Hatzfeld’s characters, Sylvie Umubyeyi (aged 34), a social worker who began looking for abandoned children in the hills of Nyamata in September 1994. She describes the image of the hills after the tragedy as “life laid bare”. The Survivors of Rwanda Speak is a journalistic attempt at revealing the greatest possible number of survivor accounts, which tells us just how few Tutsi survived in Nyamata (50 thousand of its 59 thousand inhabitants were slaughtered). In each story, Hatzfeld opens with the location — a market, a night club, a store — or the witness’s occupation, describing circumstances of his or her life prior to and after the genocide. He then allows the person to take over, recording pieces of their recollections. Most accounts of the massacres committed on the Rwandan hills and swamps are dominated by memories of the bestiality of the victims and perpetrators, the planning of the crimes, and the problems involved with remembering and witnessing. “Ethnic difference”, a crucial point of reference in the book, is regarded by most as an artificial concept, one created and cultivated by “whites”, whose role in the Rwandan Genocide is best summed up in what is likely the best book by another author, Lukas Bärfuss: One Hundred Days. Instead of mentioning the Tutsi and Hutu, Bärfuss writes about the “long” and “short” ones, and paints a picture of Rwanda pre-6 April, 1994 as a paradise for humanitarian aid organisations, largely due to the good weather conditions.

One surprising moment in The Survivors of Rwanda Speak is when the book discusses the problems involved with memory, changes in personal accounts, and imprecise recollections. Angelique Mukamanzi (aged 25): “One neighbor told me how her mother had died in church. Two years later, she explained that her mother had died in the swamps. I don’t consider that to be a lie. The girl must have had a good reason to want to believe that her mother had died in church. Perhaps it was because her mother had abandoned her while they were fleeing. […] Another girl denied that she had been injured, although I could plainly see the scars on her shoulders. But one day she hears another girl talk about being chased down and raped. This gives her the courage to talk about her flight and how her life was miraculously saved.” Similar changes are common in the accounts of women who experienced sexual violence during World War II. The best known example is that of German war victim Frau D. (a pseudonym given to her by interviewer Christa Paul), who probably appropriated the account of another prisoner, having found her own wartime suffering insufficiently tragic.

Hatzfeld’s witnesses go back to the genocide, recalling the crime as a “complete”, radical, and planned event. The massacre of the Tutsi took place in 1994. All signs of their former presence in the area were purged: cows were slaughtered, homes were plundered, women were raped en masse, and even photo albums were burned. Every account incessantly poses the questions: “Why?” and “How were we different?”. Sylvie Umubyeyi (aged 34): “Do I bear some sort of special marks on my face or body that they can’t stand? I sometimes say no, that can’t be it: I’m tall, slender, with soft features, all that nonsense. I sometimes say yes, that’s exactly what got into their heads. It was complete madness and even those who committed the murders are now incapable of comprehending it, much less those who were supposed to be killed.”

In Czechoslovak director Juraj Herz’s mysteriously titled 1969 film The Cremator, based on a novel by Ladislav Fuks, Karl Kopfrkingl — a cremator in a municipal crematorium — takes an interest in the Slovak variety of national socialism, which by definition casts doubt on his wife’s ancestry. In one scene, Karl suddenly realises how black his beloved Lakme’s hair and eyes are. He finds similar Jewish features in his children’s appearance. He concludes — literally overnight — that he has been cheated, and decides to execute the final solution.