PIOTR CZERKAWSKI: You Are God captivates with the blend of universality and locality. Was the coexistence of these two orders important for you?

LESZEK DAWID: It seemed important to me to portray the reality of Poland from a dozen or so years ago, as it was exactly in those conditions that the music performed by Paktofonika (hip-hop group – ed.) was born. At the same time, I was anxious to tell a story which could be followed by someone completely alien to that local context. We still have to see if I succeeded, because the majority of foreign screenings are ahead of us. The first signals have been optimistic – the foreigners who saw the film at the Gdynia Film Festival reacted very positively. In this context, I am pleased that we have finally managed to obtain a proper English translation, particularly with regard to the songs’ lyrics, which retained their original rhythm and tone.

You decided to recount the story of one of Poland’s most popular music bands of the 1990s. For the present-day thirty-year-olds, You Are God may serve as a generational film which, by appealing to their youth days, will foster a sense of community among them.

Director and screenwriter. Graduate of the Polish National Film School in Lódź. Author of My Name is Ki and You Are God. The latter picture, recounting the story of Paktofonika, brought Dawid the Best Debut or Second Film Prize at the annual Gdynia Film Festival.

It is true that the strongest reactions to the works of my characters are triggered among the present-days thirty-year-olds who were brought up listening to their songs, although I know that this music also appeals to today’s teenagers. Which validates Paktofonika’s strength all the more.

You do realise that You Are God had been talked about long before its premiere, and that your film has been one of the most anticipated titles in the recent years. How do you handle such pressure?

I just try not to think of it. I used the same approach when facing Maciej Pisuk’s screenplay, which had gained a cult status in certain circles. Besides, just before the premiere it all gets much easier than at the beginning, as I know there is nothing more I can do about the film other than subject it to the audience’s judgment. Even the film’s promotion leaves me little room for maneuver. Everything rests with the distributor, who has to bear in mind that the marketing strategy cannot distort the meaning of You Are God nor deprive it of its authenticity. The hip-hop community remains remarkably sensitive in this respect.

Speaking of hip-hop, it is not a secret that you have never been a fan of such music. How did you manage to win the acceptance of the hip-hop milieu and persuade them to assist you in the film’s production?

Rahim and Fokus (living members of Paktofonika – ed.) accepted the screenplay, and later consulted the preparations with the actors. The key moment was the confrontation with the screened material. Anxiously, I decided to show them the film at the final stage of postproduction. They were touched and moved. It was very important for me to learn that the ones whose stories I told were not looking at the film in the “how’d I look” category, but rather took it very emotionally. This took a big load off my mind.

But was there no fear that – since Paktofonika’s music had not been part of your youth – the group’s history would fail to engage you emotionally? 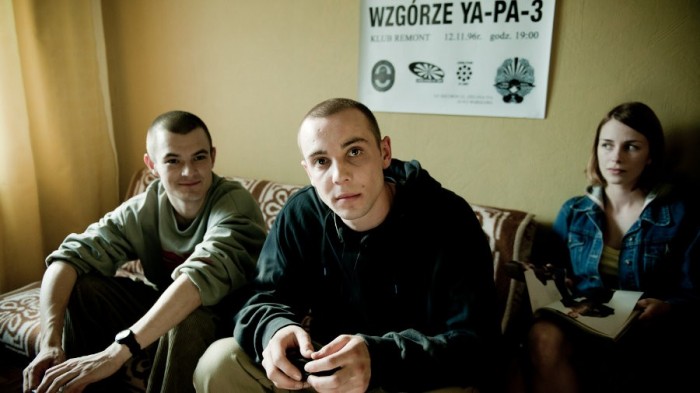 You Are God, dir. Leszek Dawid

There was no such threat; You Are God has stirred powerful emotions in me from the very beginning – on a different plane, though. I was fascinated by the figure of the group’s tragically deceased leader, Magik. The fact that I did not approach the film as a fan only seemed to help me. Similarly to the awareness that we were not shooting a year or two from his death, but rather gained a much more extensive temporal perspective. It has been over 10 years since the recounted events…

If Magik met the main character of your previous film – My Name is Ki, few words would pass between the two. Still, I think that one may find a certain common denominator for these two stories, if only your trademark documentarian sensitivity.

I never think of it on set, but I think it may subconsciously manifest itself in my deep attachment to the described characters. If I grow confused as to a given scene, I simply try to follow the characters and see where they lead me. In You Are God, this task was much more difficult than in My Name is Ki, because Magik would often drop out of my sight and did not in the least want me to follow him. Magik is an introvert character, who experiences most of his emotions internally. My only duty was to approach him as close as he wanted me to.

You Are God is not the first of your films in which the main character deals with music, to mention only your multiply awarded graduation picture Moje Miejsce (My Place). Why do you take a particular interest in musicians?

Film loves music, but may easily become its hostage and turn into a meaningless video clip. Therefore, I have always been more interested in the people who perform music and treat it as a link to the world, rather than in music itself. In rehearsals for You Are God, together with the actors we tried to understand the motivation that had driven the members of Paktofonika. I encouraged the guys to try writing hip-hop lyrics. Later on, they would record them using their own background music. I was following this process with pleasure, because it turned out the actors approach the task seriously, and their texts touched upon very personal matters. Thus, not only did they learn how to play the roles they were entrusted with but also how to experience them.

Another link between You Are God and your previous films can be found in your passion for characters who are only molding their personality and looking for a place for themselves in the world.

My assumption is that every person – including myself – should look for such a place. I am fascinated by the awareness that this process never comes to a complete close. If you think that you found what you were looking for, it will be merely a momentary feeling. Sooner or later, you will have to establish new goals for yourself and start searching from scratch.

Your thinking seems emblematic of a person who entered adulthood at the time of the political transformation. I wonder how you assess its effects in Poland from a historical perspective?

I am worried to see less and less people challenge themselves. In a way, we are growing stagnant as a society. Slightly prematurely, it seems to me, because we have not yet reached the point at which we could take pride in ourselves. Unfortunately, in our mentality we are inclined to quickly make do when things come easy to us. This way, we are systematically losing our imagination, which is essential to our lives. Despite our progress as a society in the past twenty years, we have simply become boring.

Do you mean to say that, in the days of your youth, the reality used to be less ordered, and the room for maneuver – more extensive?

On finishing vocational high, I had a lot of ideas as to what I wanted to do in life. Still, I did not consider that multiplicity as bothersome. Nearly all of my friends thought likewise. Today, however, it would be much more difficult to encounter such an attitude among the youth. If somebody said they were taking a gap year to travel the world and think about their future, they would not stand a chance. You earn two degrees and chase internships, or you cease to exist. 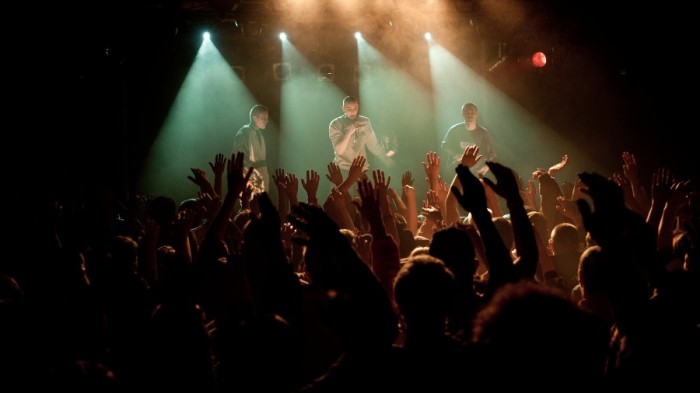 You Are God, dir. Leszek Dawid

You, on the other hand, found it in yourself to take up studies again at the age of 27, and thus made it to the Łódź Film Academy.

Towards the end of my freshman year, I came back to my hometown, Kluczbork, and met an old-time classmate from school. As we started talking about what we were doing at the time, I said to him, “Listen, I started studying again, I’m in my freshman year, I’ll be done in three years,” to which he smiled and replied, “Well, buddy, in three years I’ll be done myself – drawing a pension.” It turned out he worked as a policemen. Our world at that time consisted of many similar contrasts which I found to be very inspiring.

The decision to abandon the previous life and apply for film and television direction meant a significant change for you. Were you not afraid of failure?

Luckily, I did not have to think in these categories. Back home, I felt very comfortable, as my father would give me a free hand and let me make my life choices independently. Of course, going to the film academy in Łódź, I did have a sense of risk, but I will always consider such risky steps worth their while. Risk may help define us and free us from apathy. In order to gain, you first need to lose something.

In a sense, this is what your latest film is about. This is at least how I interpret its title.

The lyrics are brilliant in their simplicity: “You are God, too / just picture it.”