Over the few years of its activity in a decrepit flat on the top floor of a Hoża Street walk-up, Raster managed to set the standards for other galleries/cultural centres in Warsaw. Finding them was no simple task: potential visitors had to know where to look, usually relying on insider tips. The galleries functioned in an almost clandestine fashion. One did not simply stumble upon such a venue. Raster became famous for using a promotional tactic that involved handing out invitations that they claimed were “almost gone” and “hard to get”. In result, while other galleries were happy to get a single visitor, Raster exhibitions were always packed with eager guests clutching tickets. 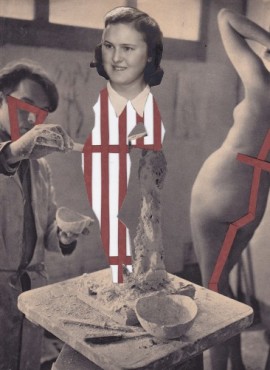 Eva Kotátkova, collage
courtesy of Raster GalleryRaster’s move to a new location is a symptom of broader change under way on the Warsaw gallery scene. While not too far from the old address, the new Wspólna Street gallery is much bigger and accessed directly from the Street. Its two floors and enormous glass (but barred) storefront seem to mark the end of one era and herald the beginning of another. Leto and Piktogram set the bar high with their move to the postindustrial Soho Factory in Praga, while the Foksal Gallery Foundation expanded its display space considerably with a purchase of a building at Górski Street. The city centre is responding to the economic crisis and the rise of the east-bank Soho by pulling out all the stops.

The new Raster, however, isn’t all that lavish. The Wspólna Street gallery welcomes visitors with its familiar rugged style, reminding them that they have not been teleported to Berlin, London, or the recently fashionable city of Brussels. The spartan lack of such amenities as electricity sends a clear signal: we’re still in Poland. 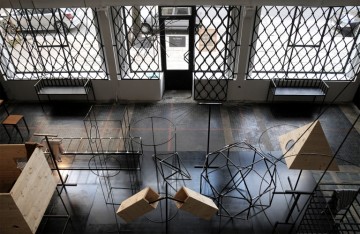 The first artist to fill the space of the Raster’s new gallery is Eva Koťátková (1982). The enormous, site-specific exhibition titled Dílo přírody (Work of Nature) occupies rooms on both floors. The high-vaulted main room has been painted black to produce a theatrical vibe. On a low, shiny black riser, the artist has set up several welded objects. They resemble scaled-up versions of the sort of teaching tools one would find in a mathematics classroom: cuboids, cones, hexahedrons, and cylinders harmonise with the elegant architectural divisions of the gallery’s interior. Some of the truly gigantic shapes hang from the ceiling.

Eva Koťátková (born 1982, Czech Republic) is one of the leading artists on the Prague art scene. Her work has been garnering growing attention from international audiences. She has had exhibitions at the Tate Liverpool, the Seoul Museum of Art, and the ARGE Kunst Galerie Museum in Bolzano, and took part in last year’s biennale in Liverpool. Her work was featured at the recent European Culture Congress in Wrocław, and is currently on display at the Lyon Biennale. Her upcoming shows include an exhibition in Sydney in 2012. Koťátková’s drawings and installations explore the organization of social life, particularly with regard to the formation of social norms and mores. Her project “Dílo přírody” is her fist solo exhibition in Poland.

Repeated glances reveal fresh associations. Some of the objects resemble household items such as hangers; pieces of a pyjama set hang on two of them. Almost all of the objects have been scaled to human size, as if they were intended to serve as cramped cages or sophisticated traps — tools with which to subjugate humans or their limbs.

In the next room, Koťátková has set up a classroom — a frequently recurring theme in her earlier work. A film is projected onto the green chalkboard. In it children, each of whom have been bound in some way, sit at desks. One boy has his hand raised, as if to answer a question, but the limb is immobilised by traction (Sit Straight, 2008). The tiny chairs, old sponges, and stacks of books on didactic methods soften the somewhat drastic image of classroom discipline.

Koťátková uses educational books and textbooks as a source of inspiration for her collages, which occupy the Raster Gallery’s walls and are displayed on specially-arranged installations. The artist makes a much better impression with her smaller forms than with the large, somewhat clunky, welded objects. 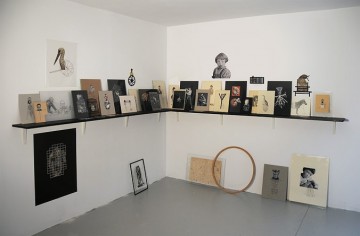 Koťátková’s collages feature humans locked inside geometric structures or displaying their mechanical interiors, as with one piece that depicts a woman removing her face like a mask. The Czech artist examines the structure in which humans find themselves as parts of a larger whole, a global ecosystem. To this end — as the pieces seem to suggest — we must somehow be immobilised, taught certain models of behaviour, and become cogs in a machine.

That which remains ambiguous and leaves something to the imagination on the ground floor is completely stripped of its poetic nature upstairs. The intuitive becomes the literal. Sophisticated instruments of torture are displayed behind heavy, prison-like bars. There is an elegant chaise longue locked in a heavy cage. Its inhabitant has left behind a book on the history of flight, Od draka k velkoletadlu, an expression of the desire to rise and fly away. Beside it stand primitive, welded contraptions designed to shape the body and restrict movement (should anyone decide to use them). 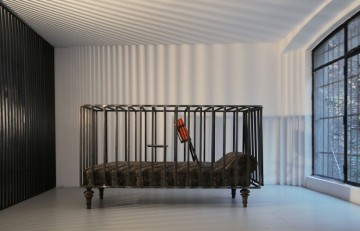 The windows of this peculiar bedroom/torture chamber (with elements of an ethnographic museum) offer a view of the unmaintained garden on the opposite side of the building. Surrounded by high walls, and with its concrete path leading to the trash bins, it simultaneously has the air of a “secret garden” and a prison yard. Or maybe it’s just the mood of Koťátková’s exhibition.

The exhibition also has two “nature corners” devoted to the plant and animal kingdoms, each consisting largely of collages, found objects, and minor interventions. Both kingdoms are displayed from the perspective of their relationship with humans: the plants are kept in flower pots or pressed between panes of glass as dried exhibits, while the animals are placed in cages and zoos. If you put your ear to the pipe jutting out of the floor, you’ll hear the seductive songs of exotic birds. But don’t be misled: as the artist herself told me, the recording is not of birds, but of an ingenious human with the uncanny ability to mimic their pleasant chirping. 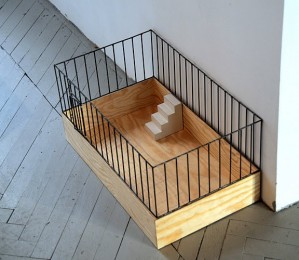 Koťátková walks a fine line between the idea of violence and the self-denial of one’s own freedom for the benefit of the community, as if asking where the boundary lies. She assumes the role of a laboratory technician or a science teacher. She explores how architecture organises and limits our everyday lives and our behaviour. The artist treats man, along with the structures he creates, as just another part of the system, just one of many species.

All of this is steeped in a certain spirit of passé-ism: the atmosphere of used book stores and flea markets, but also 60s-style exhibitions. Perhaps that is why the exhibition fits in perfectly with the somewhat dusty interiors of Raster, which eschews renovation in favour of yet more layers of paint. 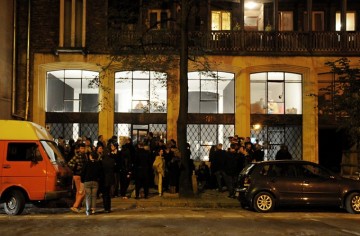 Entering the gallery is like taking a trip back in time. Not in the sense that we like songs we already know, but in that it touches certain layers of our psyches and memories. Even if the thought of school brings to mind teachers chastising students, putting them in the corner, or pulling their ears (or, in my case, having chalk thrown at me), one can’t help but feel somewhat sentimental about the whole experience. This is even more true of our great-grandparents’ generation. This mechanism was the subject of Woody Allen’s latest picture Midnight in Paris, where it was also stereotyped and ridiculed. The past is only as interesting as we can make or imagine it, says Allen. 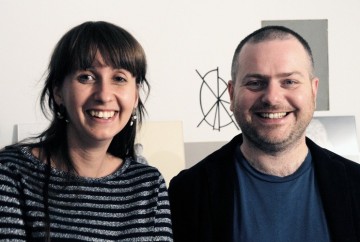 For Koťátková, the past is a repertoire of forms from which she borrows by the handful. The Czech artist’s natural analyses are steeped in nostalgia and express a belief that things will never be the same again. And while she touches upon universal experiences, her choice of objects and material, her Czech mother tongue, and the peculiar interior of the Raster Gallery all give the project an air of “Ostalgia”.