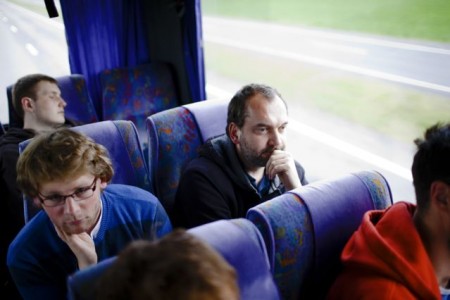 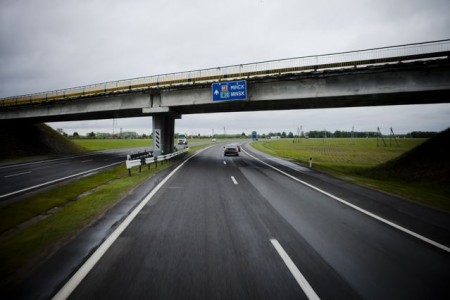 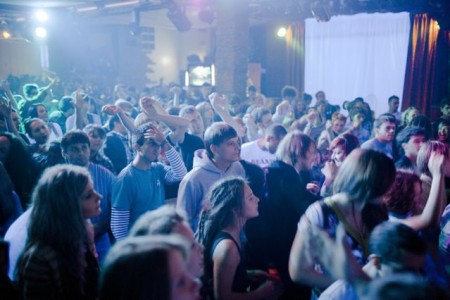 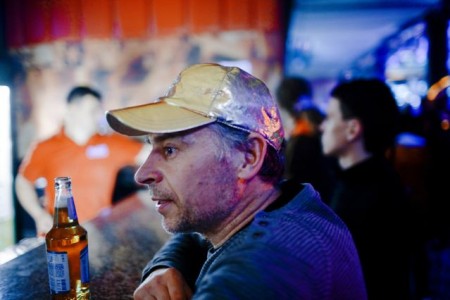 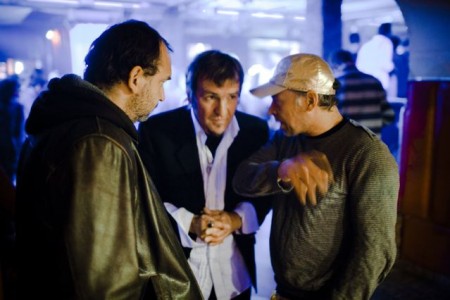 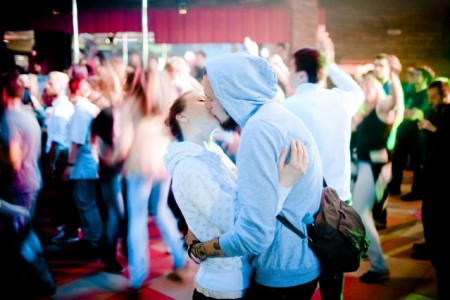 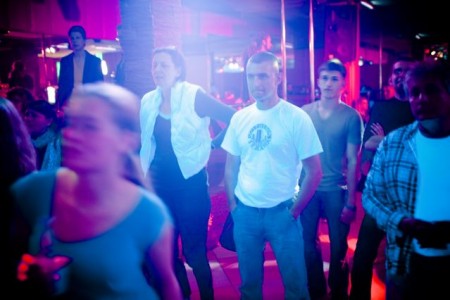 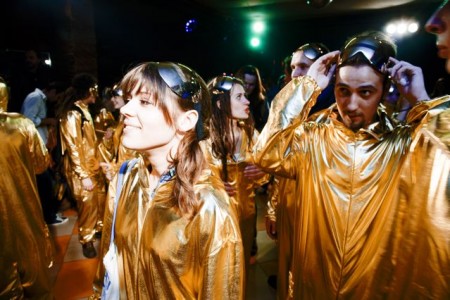 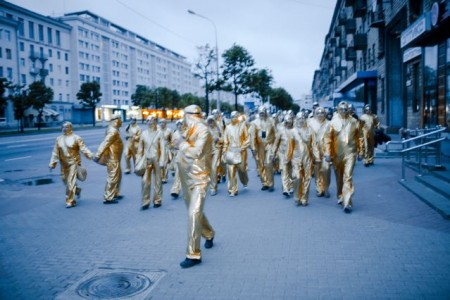 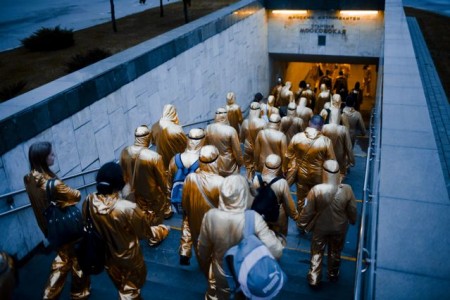 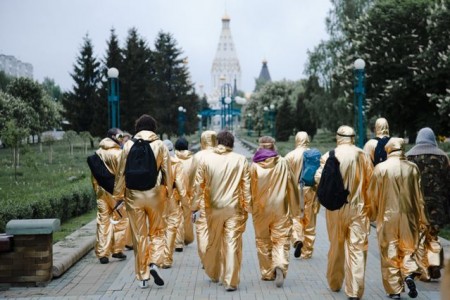 The Ray of Light is yet another edition of Paweł Althamer’s Common Task project, organised in Minsk. On 17 May 2012 a group of friends and neighbours of Althamer from Warsaw’s Bródno district came to Minsk by bus to the concert of independent Belorussian bands: Amoraka, Paprika Korps and NRM. NRM perfomed the song Ray (watch the video here) written especially for the occassion. Following the concert the group marched the main street of Minsk, towards the raising sun, and then returned to Poland by bus.